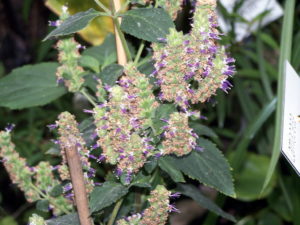 It has often been said that if you remember the 1960’s, you weren’t really there. The 1960’s and 70’s had an energy and momentum all to itself and many of the fashions and ideas were unique to that time. Even if in recent times various 60’s things have tried to be replicated, they are still unmistakably of that era. One such remarkable 60’s thing is the scent of patchouli. This aroma was a keynote of the hippy/flower child generation. Every hippie worth his bellbottoms wore it as a perfume or burned it as incense. To this day I can’t smell it without flashing back to the age of Woodstock.  There is a good reason why that generation gravitated towards this fragrance. Not only is it considered an aphrodisiac, (that was the time of “free love” and the sexual revolution) but it is also an incredible sedative in large doses (supporting the “hey, peace, man” movement).  Kids back then were beginning to open to their more spiritual side and patchouli helped by stimulating the third eye/pituitary chakra, allowing for higher vision. It brought an objectivity and independence that “the Beat” generation needed in order to grab hold of their own code of reality, rejecting all that was Establishment.  Patchouli increases imaginative thought processes, so these young rebels embraced it, in an attempt to free up their inner creativity. And if nothing else, the 60’s and 70‘s were a highly creative and original time.

But, the hippies didn’t invent patchouli’s popularity; it was equally popular in Victorian times (which, on many levels, shares common similarities with those a century later). In the 1860’s, paisley shawls from India were all the rage (remember the resurgence of paisley shirts in the 1960’s?). These Victorian shawls were impregnated with patchouli threads and the more patchouli was woven through the shawl, the more expensive it was. These shawls were draped decoratively on the backs of sofas and on pianos, in dark, heavily curtained Victorian drawing rooms. Can you imagine walking into a living room one hundred years ago? The scent of patchouli must have been overwhelming. No wonder there was such repressed sexual desire back then with aphrodisiac scented shawls enveloping the senses; yet with Queen Victoria’s morality restricting overt sexual activity… What a dichotomy!

Patchouli is steamed distilled from the pogostemon patchouli plant, which is found primarily in Malaysia and SE Asian countries. It has been used as a fixative in perfumes throughout history. It is an antidepressant and tonic. Used in skin care, patchouli is great for cell rejuvenation. It helps with acne, cracked skin, eczema, scar tissue and old wrinkled skin. Its fungicidal properties make it useful for athlete’s foot, dandruff and fungal infections.  It is also effective applied to stings and insect bites to decrease inflammation and itching.

Patchouli can be overused. In therapy a little can stimulate and invigorate, but too much sedates and stupefies. It can feel narcotic in its effects with overuse and cause depression and anxiety-- just the opposite of what it does in therapeutic doses. Therapeutically, it is a nervine, calming and regulating the nervous system, allowing for energy to smoothly flow. It can sharpen the wits, bring clarity to problems, bring thoughts cohesively together and open to objectivity. With overuse, it can dull the senses and bring a feeling of cloudiness and intoxication, a feeling of being “out of it”.  This is a case of “too much of a good thing”.

Patchouli has a distinct and lingering smell. Some people love it, others say it smell of old musty attics, or of damp moldy earth. Whether you like the scent or not, it has its place as one of the more popular aromatherapy oils. Groovy!